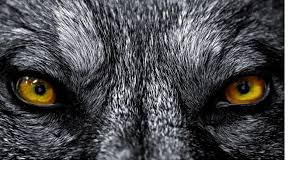 She climbs out of bed and stretches. An ache in her shoulder and the empty space beside her have pulled her out of sleep. She imagines herself an abandoned, broken down piano, jangling and dusty, desperately in need of a tuning. What she needs is a run. The steps creak a bit but it doesn’t matter. He won’t wake up. Halfway down, she freezes, feeling wispy fingers trail lazily along her neck. She swallows the scream in her throat when she realises the sinister touch comes from a bit of tinsel hanging from the banister. Christmas decorations are still up- a seemingly permanent fixture on her to-do list.

She is on the second floor now. She pushes open the door on the right with cautious fingers, just to check, just to see. Curly hair and quiet breaths. She smiles and retreats, touching her own hair- so similar.

More stairs, these ones carpeted and silent. They really must get round to carpeting the staircase all the way to the top. Doing the house in stages, one floor at a time, had seemed like a sensible idea when they bought it. A  house with experience, mature enough to make new memories in. Just the thing for a new family. In reality, it had been back breaking work, too much dust and frustration. Somehow, they’d ticked off about 80% of the things they’d hoped to accomplish and just stopped.  Maybe next year.

More tinsel, more stairs, one more door and finally, the living room. She switches on the lights just so she can look at her face, and parts of her face, and his face, and parts of his face captured laughing and smiling in rectangles on the wall. Time, framed. She touches her hair again and pads back into the kitchen. Water, sliding silently from filter to cup like a secret smile. She copies it, as she sips. She doesn’t notice but she is humming. She raises her right hand and strokes the program lying open  the counter- tracing her forefinger over the letters that spell out his name: Solo sung by Olaolu J Savage, Year 5. He’d done so well. She can still feel her pride resting somewhere in the pit of her stomach, floating on the water she’s just drunk.

She stretches again. The ache jangles and her humming stops. She hasn’t much time left. Walking back through the living room, switching off all but a side lamp as she goes, she slips into the back garden. Barefoot, she feels the wooden slats of the patio give way to trimmed lawn dressed up with the promise of dew and reflected moonlight. She strips, kicking her pyjamas to one side, and stretches again, this time raising her arms over her head as if to touch the shining orb that has called her out. Better, but still.

She takes a deep breath and, on the exhale, sheds her final layer. Sounds first- a sharp crack and a sharper click- staccato announcements of her bones reshaping themselves. Then the pain arrives- muscles pull,  skin splits and shrinks and stretches. Sudden pressure, then slow release and her centre of gravity has dropped much closer to the ground. She can feel the slight breeze playing in her fur and excitement builds. Her sight, now monochromatic, can no longer appreciate the muted colours of a quiet night. But that is fine because now is the time for scent. Surrounded, she picks apart the scent of den, of cubs, of dirt and flowers, of oil and rain in the air and, farther away, prey. She sits back on her haunches, panting for a few seconds. Her ache is gone.

She points her nose to the sky and yawns widely, letting The Mother see down her throat, past her jagged smile. She would like to say hello but the part of her that knows this is her den doesn’t want to wake her sleeping cub. She waits, impatiently flicking her ears back and forth and sweeping her tail along the grass until ..there! The sound is faint but there is no chance she will not catch it. Glowing eyes flash in a head now turned in the direction of the forest, pointed ears flatten themselves to her skull and gathering herself, she leaps.

Over fence, then car, then little obstacles her other self would call necessities, gathering speed until everything is shades of grey, wind and smells. There is nothing but grey, wind and smells. She has left her heart behind but ahead, closer and closer ahead is life! Tarmac soon gives way to green. Blades and blades of green dancing under the Mother’s light stopping only to bow under the padded feet of one her Children. She pauses her flight for a moment, taking a moment to glory in her speed and agility, darting after false trails and leaping in the air. She is almost too distracted by this to continue on but then…there! She stops and listens to the song. They are close.

She breathes deep and races to join the other Children, howling her greetings to them, to The Mother, as she goes. She finds them in the clearing, singing and greeting and everywhere the smell of joy. She feels her own power, she is too full of her own power, and so she releases it in her loudest greeting yet. Her nose still raised to the Mother, she feels a body, lithe muscles covered with fur brush by her side. She turns to be greeted with a nip at her ear. She replies with a huff of breath, a twitch of a tail and then they are running, dancing, playing under The Mother’s watchful eye. All around is life. And beside her is her Life.

Time means nothing but soon The Mother herself begins to tire, retreating into Her cloak of silken shadow. Life nips at her ear again and begins to herd her home. She follows. Leaves quickly give way to concrete and recycling bins and post boxes. Another leap has her panting outside her den, pleasantly tired and sated. She doesn’t remember her ache.

A quick sniff tells her that her cub still sleeps. She changes and puts on her other skin, then her clothes. Beside her, Life has done the same. He smiles at her and together they walk towards the softly glowing light, towards their curly haired little boy, humanity and home.

All we need, when we come it, is a gap between the sliding doors, a hiccup in life’s incessant cries, one open beat before the next call to march....

I realised I had made a terrible mistake. It was a piece best suited to being read on paper, not spoken out loud. It was all metaphor...

...because he wanted to

two truths, a lie, and some misadventures

Lagosian on books, food, faith and life in between.

Writing that's straight up with a twist

We can rebuild him. We have the technology... Drier. Hilariouser. More satirical than before.